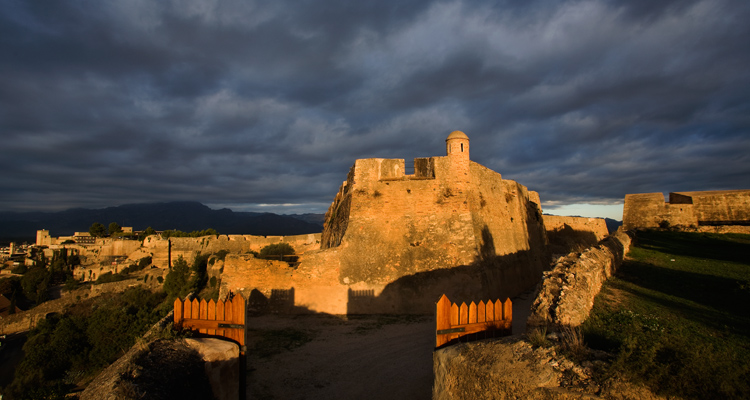 The city’s bastions, walls and fortifications make Tortosa unique. It boasts extensive walls and fortifications, in varying states of preservation and dating from a number of different eras, which means they present a huge range of styles and materials. It is possible to take tour of them to discover how important and powerful the city’s defensive structures were. This tour can be complemented with a visit to Suda Castle, an impressive architectural demonstration of the city’s Al-Andalus history that contains the only Arabic cemetery uncovered in Catalonia, as well as a Parador hotel. 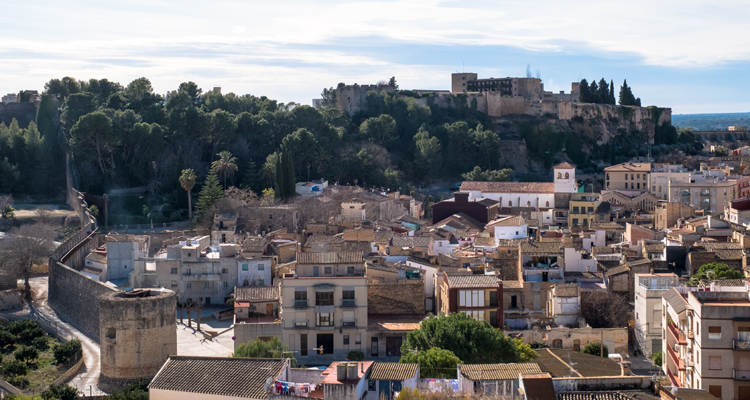 Foundations of the 14th-century wall Parallel to Barranc del Cèlio, it is possible to follow the path of the stretch of wall that remained after its demolition and that ran from the Célio or Grossa de Vimpeçol Tower to the Vimpeçol de Ribarech or Rodona Tower. The Vimpeçol gate was one of the main entrances to the city, as it linked the towns on the left bank of the river and was the exit to the royal road to Zaragoza.

Célio Tower From here, it is possible to reach the neighbourhood of Remolins, whose layout and a large section of its parapet walk have been preserved intact. Most of it corresponds to a stretch of wall, except for the fortified towers at both ends, at the bottom of the cliff. These are the so-called Célio or Grossa Tower and, in the highest part, the remains of two square towers that have been incorporated into the structure of the fortified complex known as the Sant Joan outposts, to which they are attached. 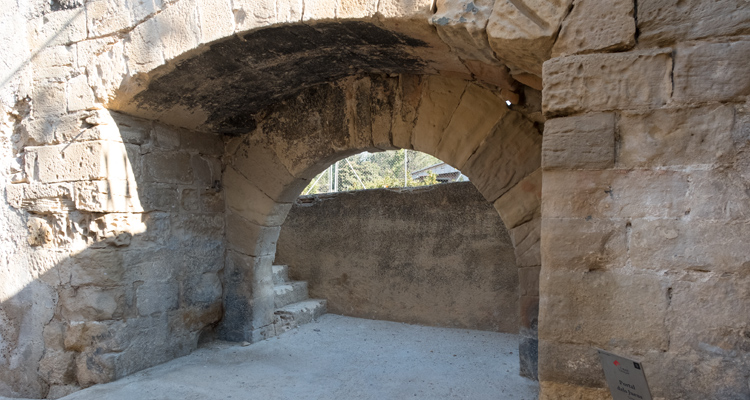 The Jews’ gate We conclude this tour at the original Jews’ gate, an area always filled with peace and tranquillity, where time seems to stand still. The Jews’ gate, a secondary entrance to the city, is located on the edge of the Jewish quarter of Remolins, in the middle of the wall that is still preserved. It communicated the Jewish quarter with the Jewish cemetery, located outside the walls, directly in front. The gate was used as an alternative exit from the walled area whenever the Ebro river flooded. Since you are here, visit the city’s fascinating Jewish quarter, if you have not already done so.

The Sant Joan outposts These outposts are accessible both by car and on foot (although there is a considerable climb). It’s easy to picture yourself here four centuries ago as you move around and explore this fortified complex. Construction of the outposts began in the second half of the 17th century and they include two fortified structures from that time and a stretch from an earlier period. Access to the city was through the first fortified structure. This fortified structure has a long, wide moat and ends in an arrowhead shape and, although it is part of a more complex system, it could actually have been completely separate. The upper structure is dominated by several forts and bastions that are intertwined with each other. The second fortified structure is formed by two half bastions in a polygon layout, connected by a stretch of wall. At the western end it is attached to the 14th-century wall, which is separated from the 17th-century complex by a deep, narrow moat. 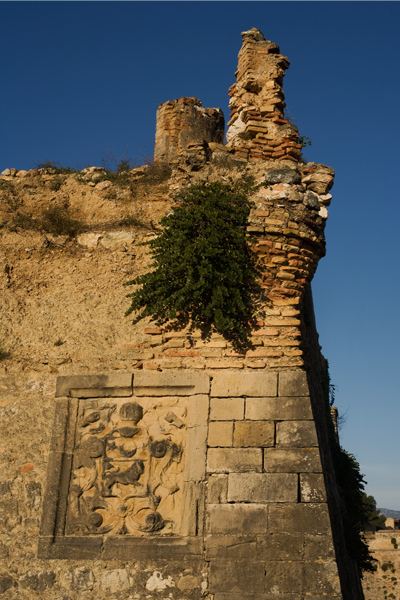 El Fortí del Bonet.  To access the fort by car, take Carrer Mare de Déu de la Providència and continue along the Camí del Rastre. After a steep climb with some sharp turns, the road comes to the fort, where there’s plenty of space for parking. If you decide to go on foot, you can access it via some steps that start at the aqueduct on Carrer de Callao. The Fortí del Bonet was part of the second defensive site in El Rastre. It basically consists of a single bastion surrounded by a narrow moat. It is a separate defensive structure, but it is also connected to the network of city fortifications by the walls and to the 17th- and 18th-century fortifications of El Rastre.

Fortifications on the Turó del Sitjar. The Tarragona gate and the Victòria, Creus and Sant Crist bastions

If you head in the direction of the hospital, you’ll come across another set of fortifications. This complex has its origins in medieval times, at least as far back as the 1340s, but most of the construction work on the walls took place between 1367 and 1369. The layout that remains corresponds to the fortification work that started in the second half of the 17th century. The defence system used, called “Vauban”, signals a transition from the square or circular bastion to an angular one. Therefore, the medieval square towers have been replaced by bastions with polygonal bases that provide sufficient orientation to cover all sides of the wall and are suitable for the installation of artillery. The Victòria bastion remains connected to the Fortí del Bonet and the Creus bastion by means of two stretches of wall. Another monumental wall from the 14th century runs down to Santa Clara and El Rastre. A huge moat from the Creus bastion to the Victòria bastion remains.

Fortí d’Orléans Nearby stands the Fortí d’Orléans, which is accessed via a path with the same name. During the Peninsular War in 1810, the fort played a key role in defending the city. It stands on a raised platform with great strategic value, since it was difficult to access and was originally connected to Sitjar’s fortified structures. It is formed by two half-bastions, one of them triangular and the other polygonal, and a very irregular interior space. At the top there are numerous gun ports for artillery, and inside there are narrow vaults and remnants of other underground rooms.

Fort de Tenaces If you have a car, you can reach Fort de Tenaces, an outer fortress with no sides. Its construction probably took place in the first half of the 18th century and it was designed as an advanced system for defending the northern part of the Remolins wall. It had a capacity to accommodate one hundred men. In the late 19th century, when the military government disappeared, it was not sold to the city and, unusually, passed into private ownership. 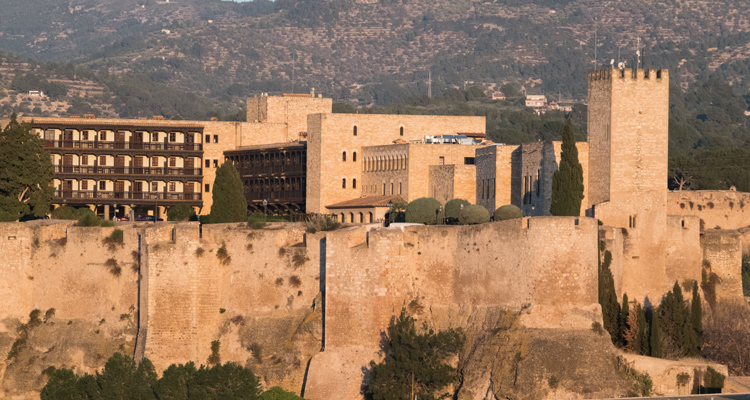 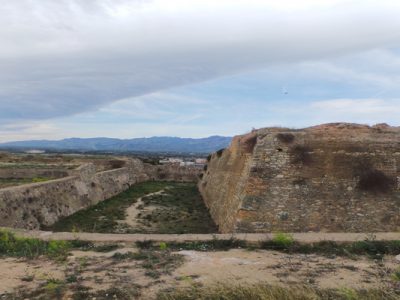 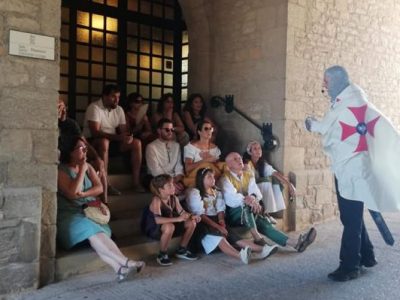